My interest in searching out different possibilities with a wide range of materials can be seen in my landscape sculpture. Each commission has presented completely different problems. 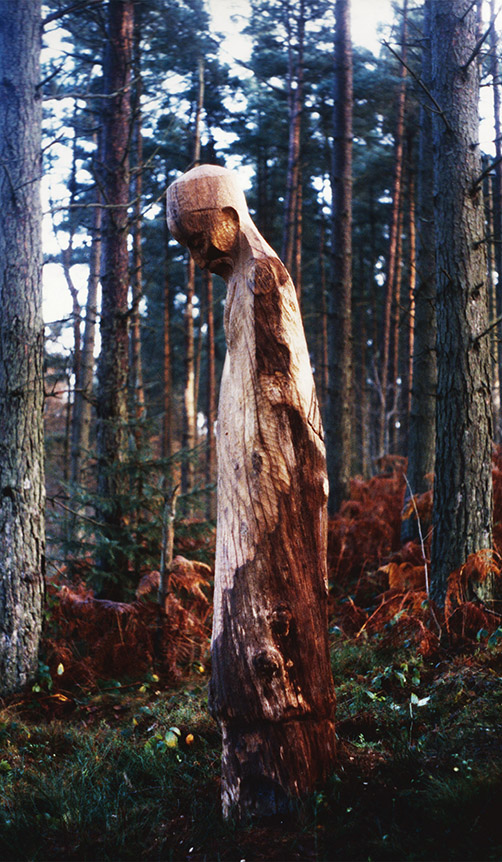 The Dalby forestry commission's brief was to make a wooden sculpture that had local connections. I spent about ten days talking to local historians and researching the local area and its history, myths and legends. This research produced an 11th century legend. A certain William de Dalby who was given royal permission to have a third cow on his pasture providing he remained a hermit in the royal hunting forest. That's all that is known about William de Dalby! An 8ft carved chair and a 4ft table with a carved spoon and knife symbolise William's hermitage. 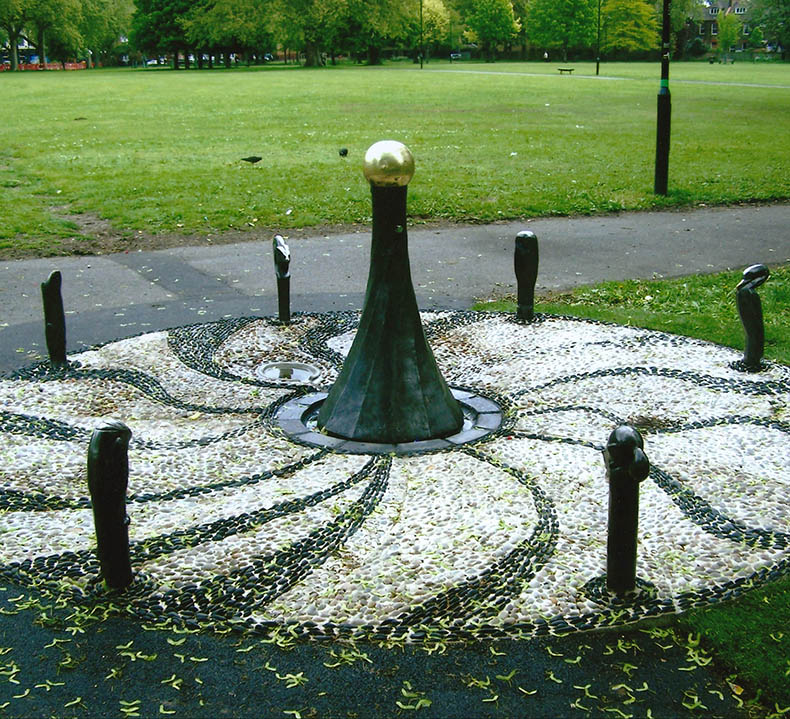 The Community brief was to replace the drinking fountain and to supply water for animals at ground level. The design is based on a high speed photograph depicting a droplet of water falling on a water surface. The fountain is surrounded by eight bollards shaped into animals that might use the fountain. The water from the human drinking spout on the brass ball falls into the animal drinking bowl. The bollards and fountain's upright are made from cast iron.